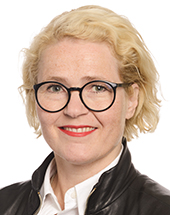 Ms Kumpula-Natri is a Member of the European Parliament representing Finland and the S&D. She is a member of the Committee on Industry, Research and Energy (ITRE) and a substitute member to the Committee on International Trade (INTA), where she is the standing rapporteur of the parliamentary monitoring group WTO rules on e-commerce. Ms Kumpula-Natri is also the first vice-chair of the European Parliament’s Delegation for relations with the United States of America (D-US) and has served as the first vice-chair of the Special Committee on Artificial Intelligence in a Digital Age (AIDA).

A strong advocate for gender equality and women in tech and digital cooperation, Ms Kumpula-Natri is the chair and founder of the UN Generation Equality Friendship Group in the European Parliament and a member of the European Parliament´s delegation to the Conference on the Future of Europe. Previously, Ms Kumpula-Natri was a member of the Finnish Parliament for 11 years and chaired the Grand Committee responsible for EU-Finland relations at the parliamentary level. She has also been a member of her hometown local council in Vaasa for 20 years.