EU DMA vs. US Legislative Proposals: Lessons and Path Forward

In record time, the European Union passed the Digital Markets Act (DMA)— legislation that imposes obligations and prohibitions on some of the world’s largest digital platforms. Meanwhile, in the United States, there seems to be general agreement that policy action is needed, but debate still continues as to what the appropriate legislative measures are. Current proposals range from targeted, narrower legislation to suggestions calling for a complete overhaul of generally applicable antitrust laws.  Why are the approaches across the Atlantic so different and what, if anything, can the United States learn from the solutions adopted abroad? 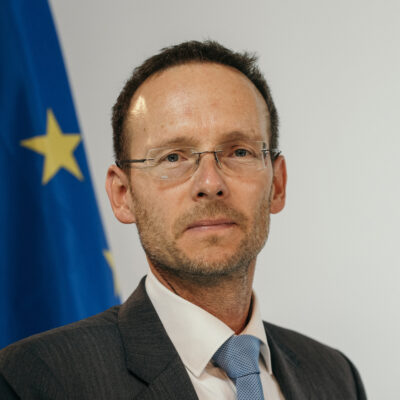 Before taking up his position in DG CNECT, Mr König was several years Deputy Head of Unit in the European Commission’s Directorate-General for Internal Market, Industry, Entrepreneurship and SMEs (GROW) in the unit responsible for Online services. He was primarily responsible for B2B relations regarding online platforms and negotiated the Regulation on fairness in platform-to-business relations (P2B Regulation).

Before joining the Commission, Mr. König worked for several years in the German Competition Authority and an international law firm.

Mr. König graduated in Law and Economics, and holds a PhD degree in Competition Law. 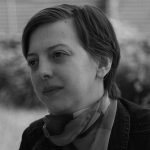 Antitrust reporter Leah Nylen has been with Bloomberg News since April of this year.  Before joining Bloomberg, Leah covered antitrust and investigations for Politico Pro.  Leah spent eight years covering antitrust at MLex prior.

She has also worked for Bloomberg and Congressional Quarterly and was selected as an Abe Journalist Fellow in 2014 for a reporting project in Japan on price-fixing cartels and cartel deterrence policies.  Leah holds a bachelor’s degree from the University of Virginia and a master’s degree from Northwestern University. 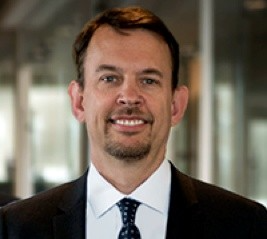 Gene Burrus is Director of Global Competition Policy at Spotify, where he has worked since 2020.  Gene has had a long career in antitrust and competition law around the world in technology markets, including 15 years at Microsoft.  In particular, he has focused on enforcement against and policy regarding dominant digital platforms. 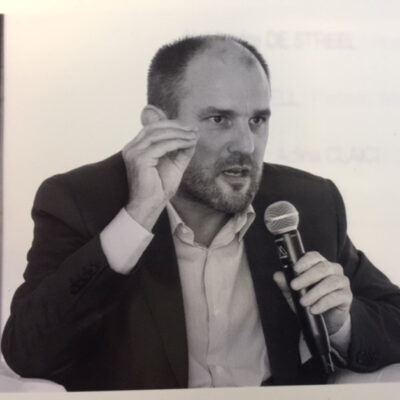 Alexandre de Streel is academic director of the digital research programme at the Brussels think-tank Centre on Regulation in Europe (CERRE), professor of European law at the University of Namur and visiting professor at the College of Europe (Bruges) and SciencesPo Paris. Besides, he chairs the expert group on the online platform economy advising the European Commission and is a part-time judge at the Belgian Competition Authority.

His main areas of research are regulation and competition policy in the digital economy as well as the legal issues raised by the developments of artificial intelligence. 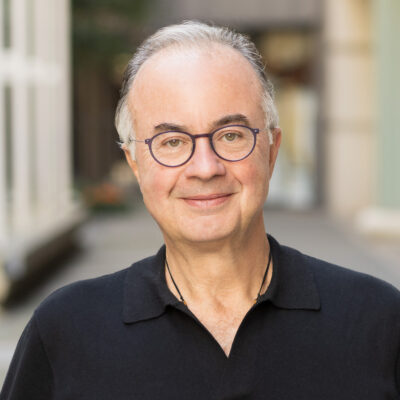 Marco is the David Sarnoff Professor of Business Administration at Harvard Business School, where he heads the Technology and Operations Management Unit and the Digital Initiative.  He co-founded Keystone Strategy in 2003 and serves as the Chairman of the Board of Directors.

An expert on digital innovation and transformation, Marco has a special focus on strategy, business models, and new product development in high technology industries. He is the author or coauthor of more than 100 publications. His second book, The Keystone Advantage: What the New Dynamics of Business Ecosystems Mean for Strategy, Innovation, and Sustainability was selected as one of the 10 best business books of the year in 2004 by Strategy and Business. Marco advises a variety of Fortune 500 companies with a focus on digital strategies and transformation. He has been a faculty member at Harvard Business School since 1989. 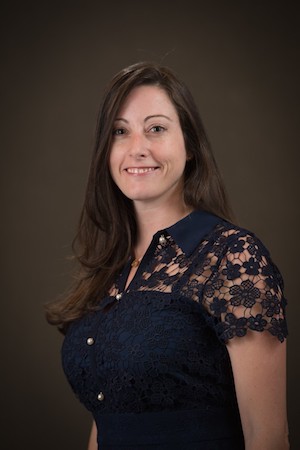 Amanda Lewis joined Cuneo Gilbert & LaDuca, LLP from the Federal Trade Commission, where she worked as an attorney in the Bureau of Competition since 2012.  While at the FTC, she served for over two and a half years as a Counsel-Detailee to the Antitrust Subcommittee of the House Judiciary Committee.

Amanda was one of the primary authors of the Digital Markets Investigation Majority Staff Report and worked on the big tech legislation currently being considered by Congress.  Prior to the FTC, Amanda was an associate at Cravath, Swaine & Moore and a law clerk for Judge Lawrence McKenna of the Southern District of New York. She received her B.A. from New York University in 2002 and her J.D. from Columbia Law School in 2008. 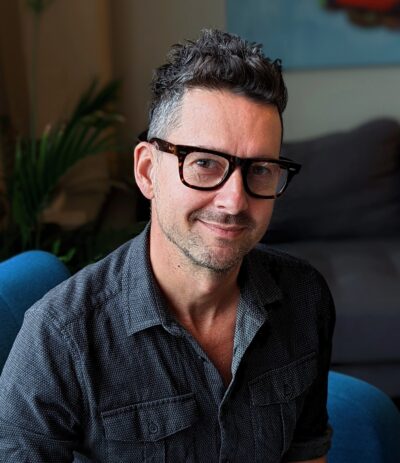 Olivier is Principal Analyst with Creative Strategies and the author of several books about technology disruption, including his most recent Human/Machine: The Future of our Partnership with Machines, as well as Futureproof, Building Dragons, and Social Media ROI.

His areas of focus include artificial intelligence, automotive innovation, mobile photography, and the internet of things, as well as the impact of policy, regulation, and geostrategic forces on the technology sector.